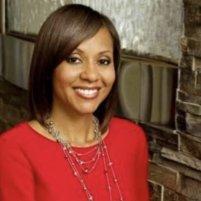 Abnormally heavy or off-cycle bleeding is not only uncomfortable; it may signal an underlying issue, such as uterine fibroids or endometriosis. As experts in women’s health, Sovereign Women's Healthcare in Roswell, Georgia, identifies the source of your bleeding to recommend effective treatment. A board-certified OB/GYN, Sabrina Harrison, MD, PC, may suggest medications, hormonal birth control, or an outpatient procedure called endometrial ablation. Call today for help with your abnormal bleeding.

When is bleeding abnormal?

Signs of abnormal bleeding include:

If you're in menopause, any form of uterine bleeding is abnormal.

Sometimes hormonal birth control causes irregular bleeding. Dr. Harrison identifies the source of your bleeding to address a problem, if there is one, and help to get your flow back on track.

How is abnormal bleeding diagnosed?

Dr. Harrison asks you about the pattern of bleeding. It's helpful if you bring a record or information from a period-tracking app to your appointment.

She often recommends tests to rule out possible causes of irregular bleeding. These tests can include:

In some cases, she recommends a procedure called a hysteroscopy. During this procedure, Dr. Harrison will insert a narrow lighted scope into your uterus via your vagina. She uses the scope to look for growths or abnormalities inside your uterus.

Once Dr. Harrison confirms your diagnosis, she recommends a treatment plan to address the source of the bleeding.

How is abnormal bleeding treated?

If hormonal issues are behind the bleeding, Dr. Harrison may prescribe hormonal birth control, such as a pill, patch, or vaginal ring, to balance your hormone levels.

Medications called gonadotropin-releasing hormone agonists (GnRH) can stop menstrual bleeding and also shrink fibroids if you have them. Other treatments include anti-inflammatories, medications to make your blood clot, or tranexamic acid, a drug to treat heavy menstrual bleeding.

Do I need surgery for abnormal bleeding?

If your menstrual flow is heavier than usual—or you're bleeding when you didn't before—call or book an appointment online. Sovereign Women's Healthcare can help to get your cycle back on track.